The AURA Board of Directors 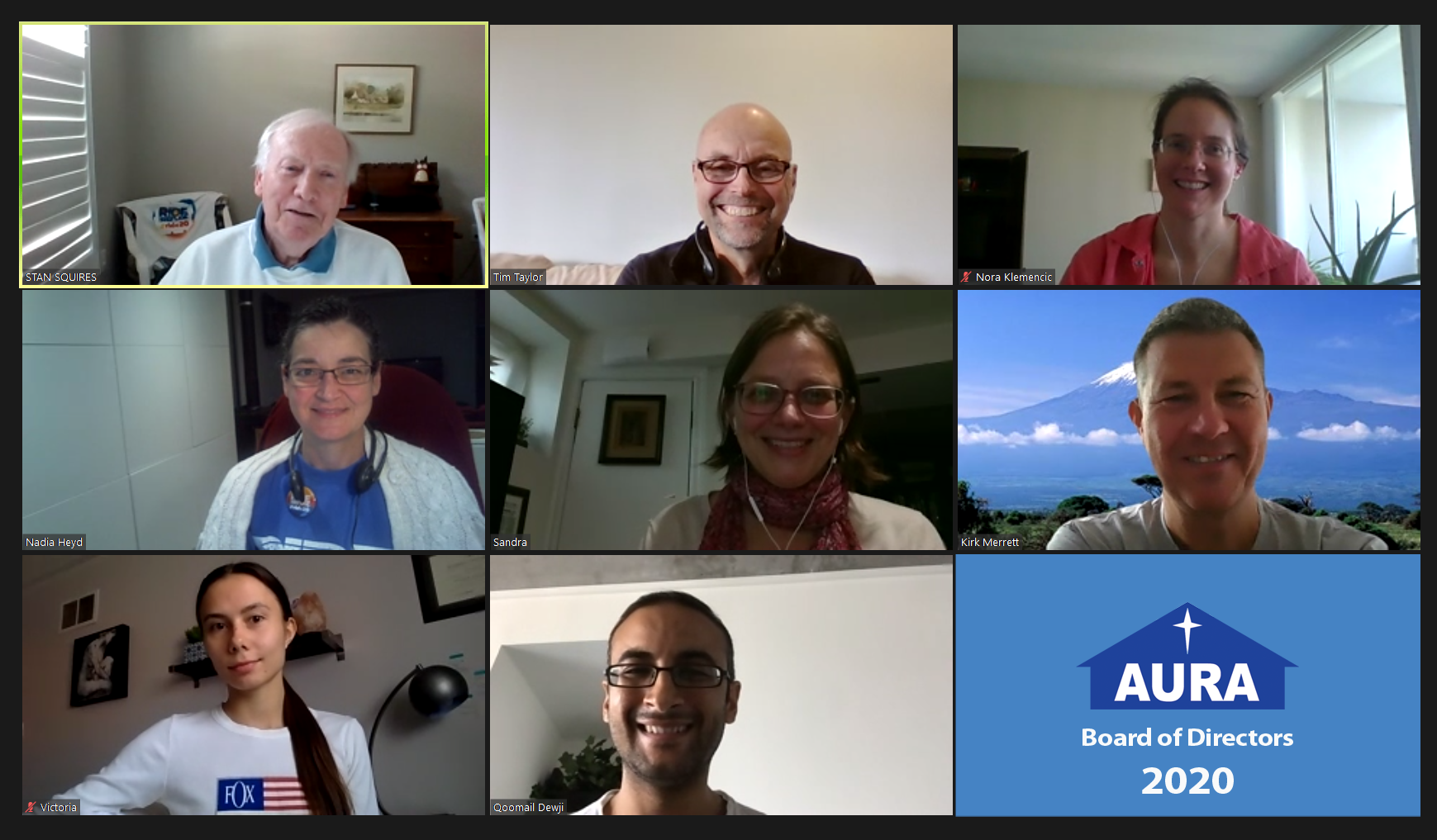 The AURA Board of Directors is the decision-making body of AURA and is made up of volunteers who bring a wealth of personal and professional experience. The Board of Directors meets on a regular basis as a group in a policy capacity and individual directors support AURA as time allows.

AURA could not be in the position we are today without the tireless dedication of our Board of Directors.

Current AURA Board of Directors
Nadia Heyd - AURA Board Chair
After graduating from U of T in 1995 with a B.Sc. in Zoology and Psychology, Nadia’s first jobs were in sales. She started out selling cars and automotive financing. She then moved into selling employment recruitment services. But it didn’t feel quite right. She knew she wanted to spend her career helping people more directly. So, she filled a role as a Co-op Coordinator at U of T Scarborough, where she helped students prepare for their job searches, and engaged with the employers who would hire them, creating openings for the students. After 8 years of working in Co-op, she took a family leave to attend to her young kids. It was at that point she decided that she wanted to help people more in need of help than privileged and extremely bright co-op students.

Around 2008, she also volunteered at her children’s school in a reading program, and at a food bank nearby, and got first-hand experience seeing that some people in the neighbourhood are really struggling – to have decent jobs, to have enough to eat, to afford enrichments for their kids like sports and arts activities.

Almost anyone who has kids is a candidate for becoming an “accidental” fundraiser – as there are many opportunities to enrich your children’s lives through fundraising: School council, day care, sports teams. Well, she enjoyed fundraising so much, she took an introductory course at Ryerson’s Chang School of Continuing Education. That led to a certificate in Fundraising Management.

Qoomail Dewji - Treasurer
Like many, Qoomail Dewji was moved by the images of the recent refugee crisis stemming from Syria. In response, Qoomail and four family friends formed their own private sponsoring group. He is excited to be welcoming his family to Canada soon. Looking to further support his interest in refugee sponsorship, Qoomail joined the AURA board.

Professionally, Qoomail spent four years working with the federal government in Ottawa, for the Treasury Board Secretariat and the Department of Finance where he served as an auditor and a policy analyst, respectively. Currently, he performs reviews on Sun Life’s compliance with applicable regulations. Qoomail is a designated Chartered Professional Accountant (CPA), Chartered Accountant (CA), and holds a Bachelor of Business Administration degree from Wilfrid Laurier University.

Nora Klemencic
Nora believes strongly in the importance of welcoming refugees to Canada, which not only helps those whose lives have been put at risk in their home country, but also helps Canada to become a more diverse and compassionate society. Professionally, Nora is a Clinical Psychologist working with children and adolescents. She graduated from Lakehead University (BA(Hons.)) and the University of Guelph (M.A., Ph.D.). In her leisure time, Nora enjoys singing and playing piano.

Kirk Merrett
Kirk has been on the AURA board since 2009. Kirk is the Director of Human Resources & Administration for Hyundai Canada. He believes strongly that Canada and its people must play an active role in bringing in and helping refugees settle in our great country.

Victoria Reznik
Victoria has a passion for refugee, asylum seekers, and immigration issues. Victoria is currently in her second year of studies for the Development Studies Graduate Program at York University. She is also completing a Refugee Studies Diploma. Victoria’s research is about the Refugee Olympic Team (EOR) and she is interested in analyzing the role of Sport for Development and Peace in the Olympic Movement as it pertains to the EOR. Besides her academic drives, Victoria is currently on the National Canadian team for Aesthetic Group Gymnastics. Victoria has won the bronze medals at the first ever 2010 Youth Olympic Games and the Toronto 2015 Pan American Games in the group category for Rhythmic Gymnastics. Victoria hopes to attend Law School and become a refugee lawyer.

Sandra Seaborn
Sandra is the Director of Community Support Services at Yonge Street Mission, focusing on poverty alleviation among homeless adults in Toronto. As an ordained Anglican priest, Sandra has also served in parish leadership in Toronto, New York and Chennai. Sandra learned about AURA when her Toronto parish sponsored a family during the Syrian refugee crisis. Sandra is committed to local and international social development and has a passion for resettlement which led her to become a supporter of AURA.

Stan Squires
Stan was born in England, educated at London University and worked with BBC after graduation. Stan emigrated to Sackville, New Brunswick as high school teacher in 1969 and worked in the Atlantic Provinces before moving to Ontario. Stan is married with three children and five grandchildren and enjoys living in Orono with wife and dog enjoying the rural Ontario life.

Stan has worked for the Ontario Government for more than 20 years as Policy Analyst and represented Ontario on Federal-Provincial committees and two delegations to Europe. Stan is a recipient of national and provincial awards and been involved in Social Justice projects through the Anglican Church in Orono. Stan led a community committee sponsoring a Syrian family from Aleppo in 2016 and been part of other Social Justice initiatives working with Anglican Women for Afghan Women, Truth and Reconciliation initiatives and work with migrant farm workers in the area.

Tim Taylor
Tim (he/him) is an Anglican priest who lives in the west end of Toronto. Prior to ordination, Tim worked in the oil industry for many years. He is married to Trish and together they have three adult sons and four grandchildren (so far) Tim became actively involved in refugee activities when a parishioner identified the need for their neighbour to bring their mother and sister from Syria to Canada. That set in motion an active association between AURA and St John’s York Mills that resulted in several sponsorships, both BVOR and Named.

Tim brings business discipline, tempered by the Gospel and life experience, to the AURA board.

You need to enable user registration from User Manager/Options in the backend of Joomla before this module will activate.
Desktop Version